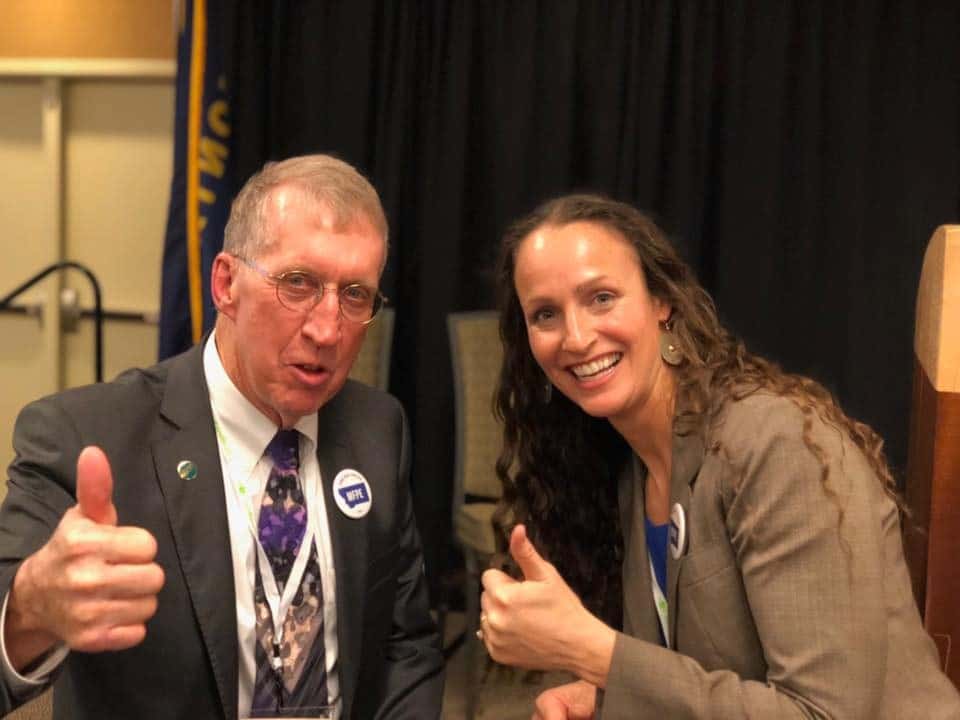 The Montana Federation of Public Employees (MFPE) held its 3rd Annual Conference on Friday, April 17 and Saturday April 18. Due to the COVID-19 pandemic, the conference was held virtually over Zoom. Despite those restrictions, the 3rd MFPE Annual Conference drew almost 500 member leaders, a record number of attendees. During the conference MFPE members elected new union leaders, voted on constitutional amendments, and approved the year’s budget. However, the biggest news of the conference was the retirement of MFPE President Eric Feaver whose career as a union leader and activist stretched over four decades.

President Feaver became president of the Montana Education Association (MEA) in 1984 and shepherded through MEA’s merger with the Montana Federation of Teachers (MFT) in 2000. Feaver was elected President of the newly formed MEA-MFT. Then, in 2018, Feaver oversaw the merger of MEA-MFT with the Montana Public Employees Association (MPEA) to form the Montana Federation of Public Employees (MFPE), Montana’s largest and most professionally diverse union with 23,000 members. Perhaps no union leader has had more of an impact on Montana’s labor movement.

We are unique, we are diverse.  In the Montana context, we are huge and we have a huge responsibility to see that the labor movement in this state goes forward. If we fail or if we are killed by the political processes by the things that have occurred in states like Iowa and Wisconsin and Michigan, the labor movement will die in Montana. It rests on our shoulders to bear the burden of the labor movement and to defend it.

Amanda Curtis, a Butte educator, former state legislator, and nominee for U.S. Senate said the following while addressing MFPE delegates prior to her successful election.

This union has a 138-year history and we’re going to continue for another 138 years and centuries after that regardless of who’s in governance.  We’re going to keep protecting pensions, bargaining better pay, benefits, and working conditions, and getting our members elected to office.