MFPE Announces Endorsement of Bryce Bennett for Secretary of State 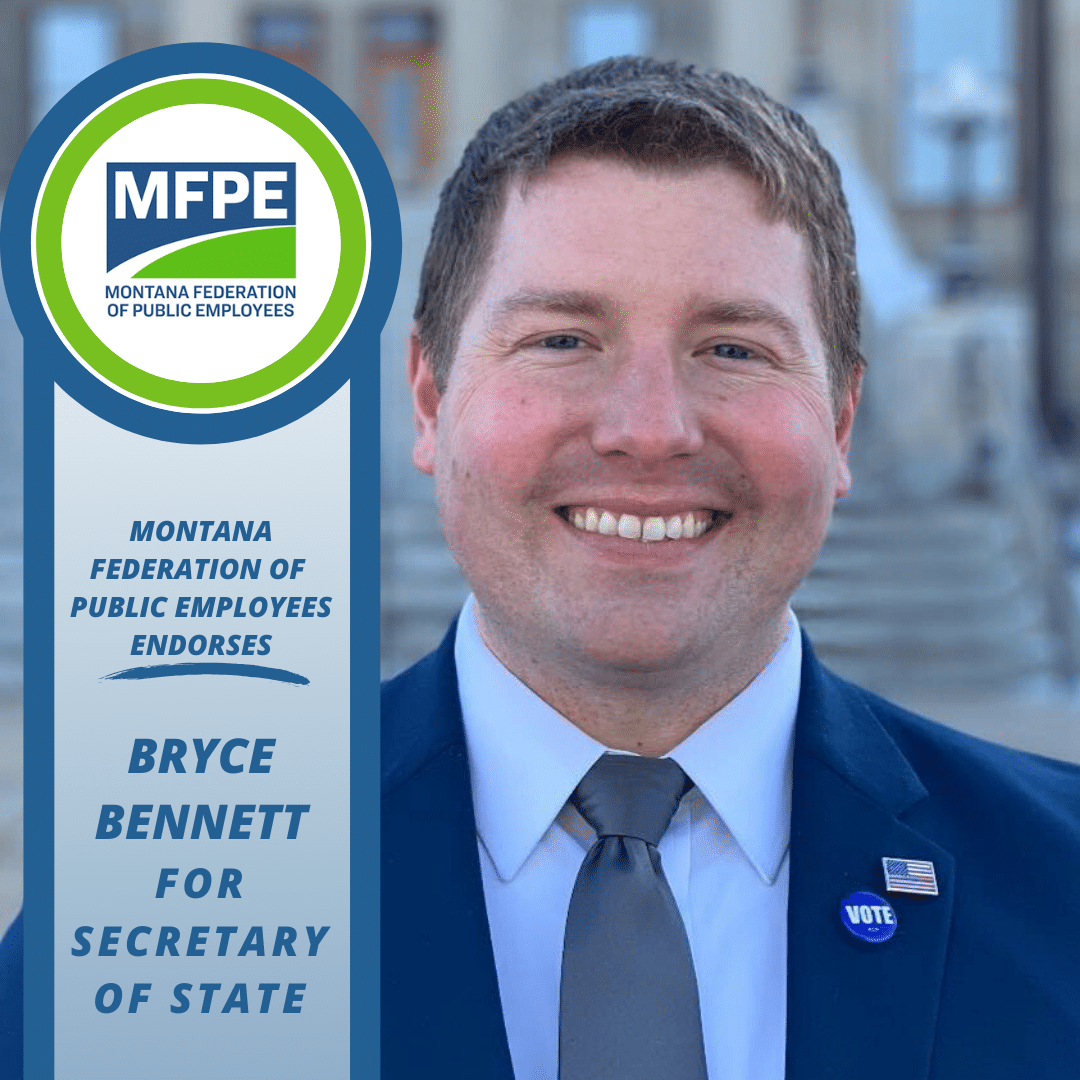 The Montana Federation of Public Employees’ (MFPE) political action committee announced today that it has endorsed Bryce Bennett for Secretary of State.

State Senator Bryce Bennett, a champion for voter right and election access, has been and will continue to be an advocate on many of the important issues facing MFPE’s diverse membership, which includes teachers, law enforcement, and health care professionals working in public institutions across all levels of Montana government.